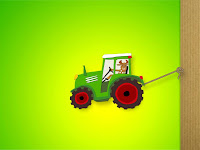 Overall: My First App Vehicles  from appp media is a combination of simple puzzles and vehicle sorting aimed at preschoolers . It is a universal app, therefore making it highly accessible to the younger market. It  has three game modes to choose from. The app has recently been updated to allow the user the option of turning the music off as some children find this a distraction. 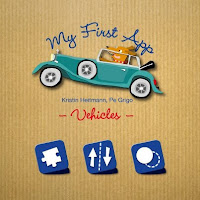 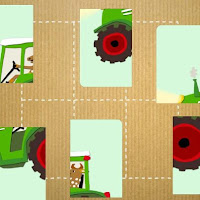 The first mode Puzzles consists of eight different vehicle pictures that be broken up and jumbled up in several ways. The developer has added the option of turning the puzzle pieces at an angle so that the child has to use more of a thought process to figure out the solution. There are eight different vehicle images and four different puzzle  sizes to choose from  - two, four, six and nine pieces. 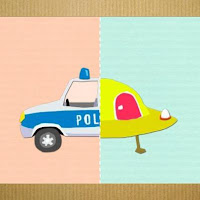 The second mode is the Turning Game. The user is given a mismatched image of a vehicle. They need to find the matching pieces in order to complete the image. The child can scroll backwards or forwards on both sides until the correct pieces are placed together. Once completed the sound of the vehicle plays, such as the siren for the Police Car or the neighing of the horse. Once again there is an option to turn off the background music. 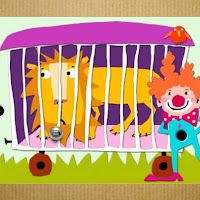 The final mode in the app is without doubt my favourite feature. It is a Pinball game where by the user sees a small silver pinball roll across the screen. the iPad or iPod needs to be tilted from side to side until the ball falls into one of the three holes in the picture. The images used in this mode are different from the other two, therefore the child experiences variety in the game. As the ball drops into each hole a little reward is given in the form of a bird flying or the bus door opening depending on the image being used.

My First App Vehicles is best suited for younger iOS users preferably toddlers or preschoolers. It contains a fun style of play and learning is easy for young children. It is fun and educational simultaneously.  There are a few minor issues that I would like to see included in future updates. The first being that the addition of a click sound as the child places a puzzle piece in the correct position, therefore informing then that the task has been successfully completed. The second recommendation I would have is naming each vehicle as it appears on the screen. This could be done either through narration or a simple word written below the image.  If you are looking for an app to start off your preschool child's learning then My First Vehicles is a good starting point. It doesn't contain any in -app- purchases or ads which is a bonus when it comes to young children.


If you would like to purchase My First App Vehicles you can do so now by clicking on this link iTunes. It is currently priced at $1.99 in the US iTunes store or €1.59 in the Irish store.


We have 5 copies of My First Vehicles from appp media to give away. Please enter via our Rafflecopter below.

a Rafflecopter giveaway
Posted by AppAbled at 09:04