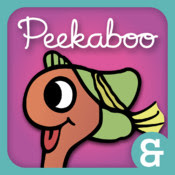 This app is designed for both iPhone and iPad
Rated 4+
Requirements: Compatible with iPhone, iPod touch and iPad. Requires iOS 5.0 or later.
IF YOU WOULD LIKE TO PURCHASE THIS APP NOW PLEASE DO SO VIA THIS LINK - iTunes

DescriptioniTunes described the app in the following manner. 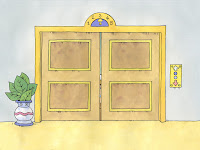 Richard Scarry’s Busytown characters join the Peekaboo series!An elevator inside an office building opens to reveal your favourite Busytown characters demonstrating different types of jobs. Catch a Carpenter hammering, a Doctor listening to Huckle’s heartbeat, and a Dancer’s arabesque! Toddlers will love playing peekaboo with these busy worker-bees, as they familiarize themselves with the names, sounds, and actions of each profession. Preschoolers and kindergarteners will have fun trying to guess who will appear next when the doors open, work on spelling, and discuss who they want to be when they grow up. 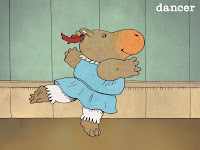 Recommended Ages: Toddlers and Preschoolers Like other apps in Night and Day Studios Peekaboo series, this app is simple in its construction. An elevator scene appears on the screen; the user touches the screen to open the doors. Once the doors open, one of Richard Scarry’s animals is revealed demonstrating its occupation. The app is great for teaching cause-effect skills to younger children. It also could be used for vocabulary development as the occupation is stated. While Richard Scarry’s pictures are childhood classics, I do wonder if in our modern world if they are the best illustrations to support vocabulary development as the animals are not seen completing these types of tasks. I love and use many of the other apps in the Peekaboo series of a regular basis because they teach age appropriate vocabulary. Are occupations something important for early childhood students to know? This app has a fairly high price tag ($1.99) for the limited things that it does. But if you grew up with Richard Scarry’s Busytown animals as part of your childhood, it would be a fun way to walk down memory lane with your child. More information about Night and Day Studio's can be viewed by clicking on the following links: