How my love for apps came to be ~ Julie-Anne 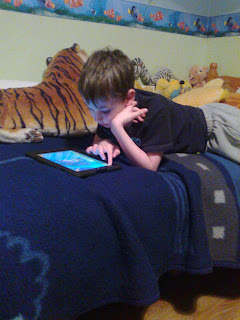 I sat down tonight to write a review , but my mind kept wandering else where. I realised that for the past few months I have been writing and talking about apps all day everyday, yet I have said very little about how I became involved in this world of technology .
Most people already know that my son David , aged 9, has Autism. David is the most beautiful, funny kid you could ever meet. He has changed my life forever.
At the age of 3 1/2 David was diagnosed with Autism and severe receptive and expressive language delay. The therapist was unable to complete parts of the evaluation process as David's language and attention span was so poor back then. We knew he had a love of animals , dvd's and certain foods but there was so much about my son that we had yet to learn as he was unable to tell us. 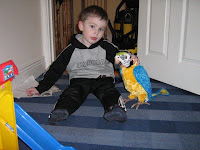 At the time we had started to use pecs ( Picture Exchange Program ) in the hopes of breaking the cycle of hand grabbing and acts of aggression as a form of communication.  It was as if David was trapped in a bubble trying to break out and have his voice heard.

After a few months of using this method it was proving to be quite a chore dragging pecs books around with us. One night I was chatting to some fellow Autism parents and one of them happened to mention the iPod and the Grace App. The whole world of Apple was alien to me. I couldn't work out how this tiny little device would allow my son to communicate.
A few weeks later I watched a news bulletin about the release of the Grace App and mentioned it to my brother. He kindly donated his own iPod touch to David and low and behold our first introduction to the world of Apple took place. Grace App revolutionised the way my son communicated. Within a matter of weeks he was able to use it to ask for everyday essentials.

As time past we bought more and  more apps. At the start it was all very much trial and error when it came to buying apps. Ultimately we wanted to zone in on areas that needed attention most and balance those needs against apps available. Very quickly my son progressed from having little or no writing ability and fine motor skills to being able to write unaided in his school books. His language increased and as a result his levels of frustration waned. Through apps like The Social Express David's social skills and understanding have improved. He is now able to hold a two way conversation to a certain degree. 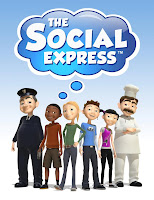 David currently has an iPad for home and one for school use as well. All of these devices are due to the incredible generosity of friends , family , Irish Autism Action and even strangers who helped to collect phones needed to get David his iPad. David uses his iPad for maths, English, hand writing , reading and like every other child on this planet for his Angry Birds as well.
When I see my son lying on his bed reading a book app my heart jumps a little. He no longer has to worry about fumbling with pages whilst trying to focus on reading. I love listening to him laugh and watching him as the smile spreads across his face when he has completed a task on the iPad.
Today when someone ask me why I do what I do, my reply is always the same - " If I can help even one child to gain their voice then I am doing something right". The world of iPad and iPods has opened up a whole new world for my son and countless others. The possibilities of it are endless. There is an app for almost anything you need now. iOS gives the user a voice and the freedom to be heard. I have heard some incredible success stories from parents and therapists over the past few months and I am very grateful to have the opportunity to have met so many amazing men and women through the App world. 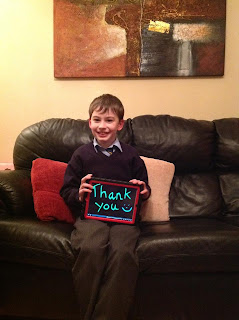 Thank you all for allowing me to share my passion for iOS technology with you. I am not a teacher or a therapist , but merely a Mum who has seen first hand what these devices can do.
Julie-Anne

(thank you Mandy for the title of this post )
Posted by AppAbled at 20:50