Robot ABCs with Jinxie by Deedil 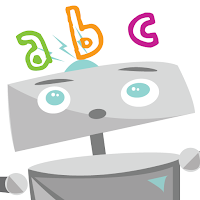 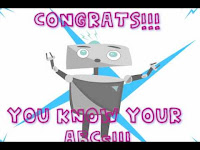 Help teach your early learners the ABCs with human or robot narration! Robot ABCs with Jinxie is a flashcard style education app that features uppercase and lowercase ABCs to assist with letter recognition as well as images to further help with learning the alphabet. Follow along with Jinxie as he sounds out letters and objects such as A for apple and K for kite!

"Jinxie is a fun robot who already knows the alphabet, and now wants to teach others." - AppAdvice
"…combines human and robot narration to make learning the alphabet fun." - MacLife
* As seen on The iMums, Teachers with Apps and AppCraver

You can choose a human voice for proper pronunciation and Jinxie's robot voice for fun and entertainment. Besides, who doesn't love robots?As you follow along with the human voice, you can tap each page for the robot pronunciation too! And at the end, Jinxie sings the entire alphabet!Make sure to check out the printable pages with a certificate for learning your ABCs!
FEATURES:- Human Narration: Follow along with proper pronunciation of the ABCs and the object; tap the page for the Robot Version!- Robot Narration: Follow along with Jinxie on each page for learning how Robots say the ABCs!- Printable "Congrats, you know your ABCs" certificate

Deedil have also very kindly given us a $20.00 iTunes gift card to giveaway. (US only) Enter via the Rafflecopter below!