Developer Chat with Pavel from Elfishki 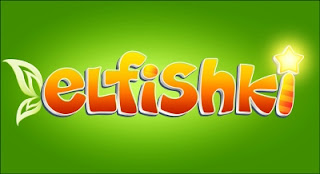 Q.  Hi Pavel. Welcome to AppAble. Can you please tell us a little bit about yourself and you how got into the App business?
A. One day, my wife Elvira was talking to her friend, Inessa, on Skype.  Inessa just happened to show her a series of beautiful fairytale creatures she drew for her two little children. When our son, Gabriel, who was 6 at the time, saw the pictures, he demanded to know who those creatures were.  So Elvira just created a story on the fly about magical little creatures, Elfishki, who live on the beautiful Rainbow Island in the middle of the Sparkling Sea. Some of them could fly like butterflies and some could swim like mermaids.
From that moment on, Elfishki became a part of our lives.  We wanted to share these stories and illustrations with others and decided that the best way would be through an iPad application.
Since my background is IT technology and Software Development, I was put in charge of trying to figure out how to make this happen.  It took a while, but eventually I grasped the process, hired our first freelance developer and started to work on our very first interactive Fairy Tale storybook Elfishki and the Giant Cake.
We had so much fun doing it, that we decided to make five more storybooks in all.  We are currently working on our forth – Elfishki and the Sea Carnival.
Q. When was Elfishki founded ?
A. March, 2011, so we’ll be two years old soon.
Q. Is there a story behind the choice of the name ?
A. Elfishki sounds like a weird magical name, but if you look closely, you can notice that Elfishki is composed of the “elf” and “fish” words. It fits perfectly, since some of Elfishki resemble magical elves, and some can swim.
Q. Your apps are filled with gorgeous illustrations. Who is the Illustrator and where do you get your ideas from?
A. Inessa Kirianova is our Art Director and the initial illustrator of the Elfishki characters. Besides her, we have other artists who work on our stories, so each one of those storybook has it’s own feel and art style.
Q. How long does it take you to develop each app ?
A. Good question. Here’s how we create an app: First a story gets written by Elvira, who is our creative director.  After that, we all get together and create a design – a feel for what the book is going to be like, where the text and illustrations will be placed.  After that Inessa’s team of artists creates illustrations and animations on their own.  After everything is complete we get our sound engineer and our developer involved.  On an average I would say it takes 5-6 months for us to create a storybook.
Q. What does Elfishki have in store for us in the future?
A. We are almost done with a special Christmas app, which we are testing now.  It should appear in the App Store in time for Christmas and the best part of it is that it will be absolutely FREE.  We are also working on our next two Fairy Tale storybooks: Elfishki and the Sea Carnival and Elfishki and the Enchanted Water.  Beyond that, we are looking into creating an Elfishki game, as well making a cartoon animated series.
Subscribe to our news at http://www.elfishki.com to get exclusive sneak peeks of our art and videos, and be the first to hear about our new releases!
Q. How many people do you have working at Elfishki?
A.  Besides for myself, Inessa, and Elvira we recruit our team from all over the world choosing best of the best: all our illustrators are from the former Soviet Union countries, our sound engineer is from Indonesia, our programmers are from Germany and Ukraine, and our translators are from New Zealand. So overall we have a team of 15.
Q. Do you have a favouite Elfishki app?
A. The very first fairy tale storybook we’ve released, Elfishki and The Giant Cake will always have a special place in my heart, just because it was our first and we had so much fun doing it. Besides that, we are striving to make sure that each one of our storybook is better than the previous one, so the storybook that we’re working on now, Elfishki and The Sea Carnival, is my favorite right now.
Q. Who Beta Tests your apps for you?
A. Between us, three partners, we have 3 children who are exactly the age our applications are intended for. Our own children are the first to see our apps live, so you might say that our apps are “Children approved”. Of course, we also test the apps ourselves and we have several volunteer beta testers who get a first look at our apps.
By the way, ff anyone in your wonderful group has an iPad and children ages 5 to 9 and interested in looking at our apps pre-release, please contact me and I’ll see what I can do.
Q. Is there anything you would like to add?
A. Thank you for this opportunity to share our applications with your wonderful community, it’s been a pleasure.  Stop by to visit us on facebook (http://www.facebook.com/Elfishki) and Pinterest (http://pinterest.com/Elfishki/) to see more of Elfishki!
Posted by AppAbled at 22:34