Ned the Neuron By Kizoom - Review 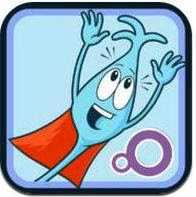 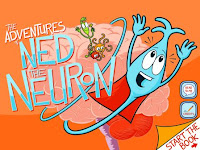 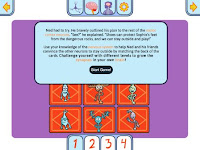 Ned the Neuron is an educational e-book for older elementary-aged children that does just that.  We meet Ned our main character inside the brain of a young girl named Sophie. Ned is a neuron that is growing up and waiting for his chance to be called to work in the brain. One day the call comes and Ned is admitted to the “Cortex Academy”. Upon reporting to his assigned duty station in the “Motor Cortex,” Ned is amazed at how all the neurons are working together to make Sophie move and play. Eager to help out, Ned quickly goes to work learning. Along the way, he befriends his neighbouring neurons. As Ned sends out his first electrical potential something goes wrong and an alert is sent out. This upsets the chief neuron and instantly instructs all the other neurons to bring Sophie back into the house. Ned and his neighbouring neurons track this alert throughout the nervous system. Eventually they determine that Sophie stepped on a rock and if she would put shoes on it would be alright for her to continue playing outside. Ned reports back to the chief neuron in the motor cortex and explains what he has learned. The chief neuron is does not exactly trust Ned but he convinces her to let the neurons vote. The vote is taken by the user participating in a matching game about various things they have learned about the brain from Ned. 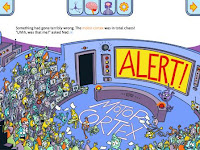 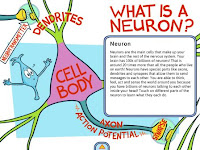 What I Would Like To See Added In Future Updates

Is This App Appropriate For Students with Special Needs?
Ned the Neuron just might be a great tool to use as part of an adaptation to a classroom science lesson for older children with special needs. In addition to providing a kid friendly explanation of the concepts of neuroscience, this book can be used to reinforce numerous literacy skills such as; concepts of print, vocabulary, comprehension, sequencing, and inferencing. Also, with all of the interactive activities built into the app it would be a great way to work on motor skills.


More information about Kizoom can be viewed by clicking on the following links: